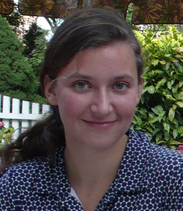 Alexandra is a professional Chinese translator and Mandarin interpreter.  A native speaker of English and Russian, she has won many awards and a Chinese speech contest.  Please see below for her resume.

Internship at Chain Reaction Foundation at Guizhou Normal University (as part of M.A. studies) 2011-2012
Internship at the Bureau of International Information Programs (IIP) at the U.S. Department of State Summer 2010
- Wrote and published articles on American-Russian cooperation on the America.gov website (currently, my articles can be found on IIP Digital, the site that replaced America.gov: http://iipdigital.usembassy.gov)
- Maintained State Department’s Russian-Language Facebook Page
- Wrote entries in Chinese for the State Department’s Chinese blog as a guest blogger (can be found at http://blogs.america.gov/mgck/author/draggeimav/)

Russian/English and English/Russian 2008-2009
- Interpreted for directors of Russian State Historical Museum, Moscow, and the Museum Tsarskoye Selo, St. Peterbsurg, at the opening of the U.S.-Russian exhibition The Tsar and the President dedicated to President Lincoln and Tsar Alexander II in Oshkosh, Wisconsin
- Interpreted during a visit of a high-level Russian delegation to D.C. Mayor’s Office. The visit included a meeting with District Secretary Stephanie Scott and a press conference on the construction of the Walt Whitman monument in Moscow, Russia

English/Chinese 2011-Present
- Translated Chinese poetry and fiction into English, with publication expected in summer 2013
- Partially translated, as well as managed and edited the translation of consent documents for the Chinese
American Oral History Project of the Museum of Chinese in America (MOCA)

Russian/English 2008-Present
- Translated and narrated subtitles for the film Kino-Eye directed by Dziga Vertov which was shown as part of the silent Soviet film festival at the Smithsonian Institute in Washington, D.C.
- Translated the article “Alexander II, Tsar-Liberator,” which was published in the catalogue of the exhibition The Tsar and the President
- Translated about 6,000 words from meetings of the Warsaw Pact Political Consultative Committee 2007
into English

- “Internet Slang and China’s Social Culture: A Case Study of Internet Users in Guiyang” (语域与影响：网络流行语言与中国社会文化) [thesis] [Chinese] (2013)
- “Alexander II, Tsar-Liberator” [translation] in catalogue of the exhibition The Tsar and the President (2007)